What others are saying about Stephanie's leatherwork... 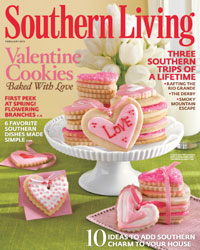 Stephanie and her work is profiled by writer Carolanne Griffith Roberts for a February 2010 Southern Living article, 'Insider’s Guide to the Perfect Boot.' A quote from the article:

When bootmaker Stephanie Ferguson tells you what to look for in the perfect boot, she doesn’t talk leather, pattern, heel height, or toe shape. At least, not at first. She gets to know you. 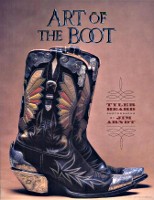 From Tyler Beard’s Art of the Boot:

Don’t be fooled by Stephanie Ferguson’s delicate stature. She can pack a wallop into a pair of cowboy boots...It’s unusual that any bootmaker has the ability to make a boot that is masculine enough to please any man, and at the same time create boots for women thoroughly western yet definitely feminine and fashionable. 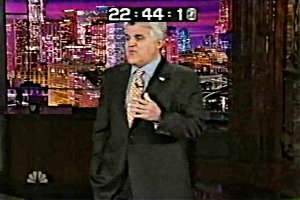 February 2007: One of Stephanie’s creations becomes the prop for a visual joke in the hands of Jay Leno. Follow this link to read all about it:

Jay gets a kick out of Stephanie’s big boot! 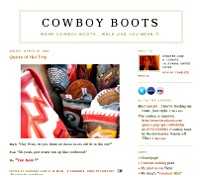 March 2006: Jennifer June, author of Cowboy Boots: The Art & Sole, makes note in her online blog of Stephanie’s work appearing at Houston’s Center for Contemporary Craft in an exhibit called COWBOY: Craft of the American West. 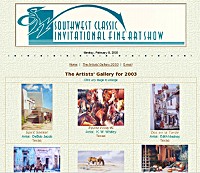 Stephanie’s sky blue dragonfly and lillypad boots in the gallery for the 2003 Southwest Classic Invitational Fine Arts Show (NOTE: Website was no longer active when last checked May 2013). 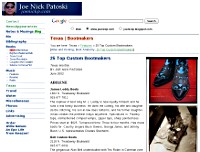 The Ohio native ― the only female bootmaker in Texas going it alone ― understudied at Jack Reed's place in Burnet, where she developed a flair for flamboyant colors and overlays... Has made boots for: Country singer David Allan Coe. 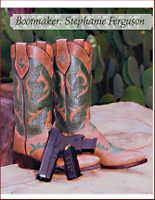 Nick Parnokas’ September 2011 article on Stephanie in the Proleptic, Inc. magazine Shop Talk can be read (as a PDF file) in the link above. A quote:

She has inlaid sports logos for fans and made a special boot for the Holiday Inn hotel chain with their new logo on it. In fact, Holiday Inn used the boot to unveil the logo. Stephanie made boots with customer’s actual horses on them. Her repertoire includes field boots, loafers, mules, sandals, and any other type of shoe she sets her mind to. 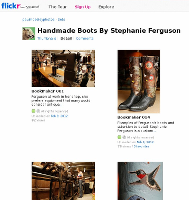 Paul Moseley, a photographer with the Ft. Worth Star-Telegram, has posted a wonderful photo set, featuring Stephanie, on the Flickr.com website. Interesting shots of Stephanie at work...her shop...and some of her finished creations! Lots of good explanatory comments by Mr. Moseley accompany the photos. 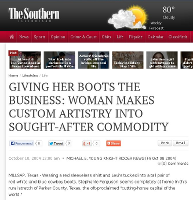 We just came across a piece on the Southern Illinoisan website written by Michael Young in 2004, who at the time was writing for the Knight-Ridder newspaper chain. Very good article which describes what inspires and motivates the lastest generation of bootmakers. He writes:

Ferguson is part of a new wave of custom bootmakers, many coming from other vocations and other parts of the country, each with an appreciation for the romance of the old West, each with specific ideas for expressing that in new ways.